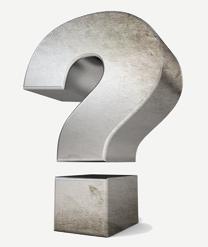 We’re your best friend in the broadband business. It’s our goal to make your life easier, as well as improve your bottom line. How, you ask? By providing industry-leading broadband services, diagnostics, engineering assistance and end-user support, and charging far less than you could ever do it on your own. How, you ask again? By leveraging economies of scale, which is a fancy way of saying we save money by helping a whole lot of folks, and then pass that savings on to you.

How’d we get here?

We started as a BBS in the early 90s (that’s a Bulletin Board System for you youngsters), before the World Wide Web was born. When that first Web browser was released (Mosaic for you youngsters), we made the transition to become one of the first retail ISPs in the country, and in 1995 we became the first company to provide wholesale Internet services to other ISPs.

The years that followed were, frankly, nuts. The Internet was where it was at. Put a .com in your name and you were golden, regardless of whether you had a business plan or any hope of future earnings. But, we were the tortoise, not the hare. Slow and steady. We were the ant, not the grasshopper. We worked hard. We ran our company using sound business practices and with an eye to the future, regardless of all the craziness going on around us.

In 2000, when the dot-com bubble burst and Internet companies were dropping like flies, what were we doing? Unlike our competitors, who were closing their doors and abandoning customers, we worked around the clock to rescue independent ISPs that were left with no network management and monitoring, no email services, no end-user technical support, and no one else to turn to.

Where are we going?

Today we continue to focus on intelligent, long-term growth and a solid plan for the future. While others are struggling to stay afloat, and focus only on cost cutting measures (sometimes at the expense of service), we’re investing in the people, applications and services that will help you operate your broadband business more efficiently and with less worry. Our customers see us an extension of their business. They consider ZCorum a true partner and look to us for advice in making informed decisions about their networks. They rely on the the tools we create to help them better manage those networks, and trust us to treat their end users with the same level of care that they would. Most of all, they know we’ve got their back, and that we’ll be there for them today, and in the future.