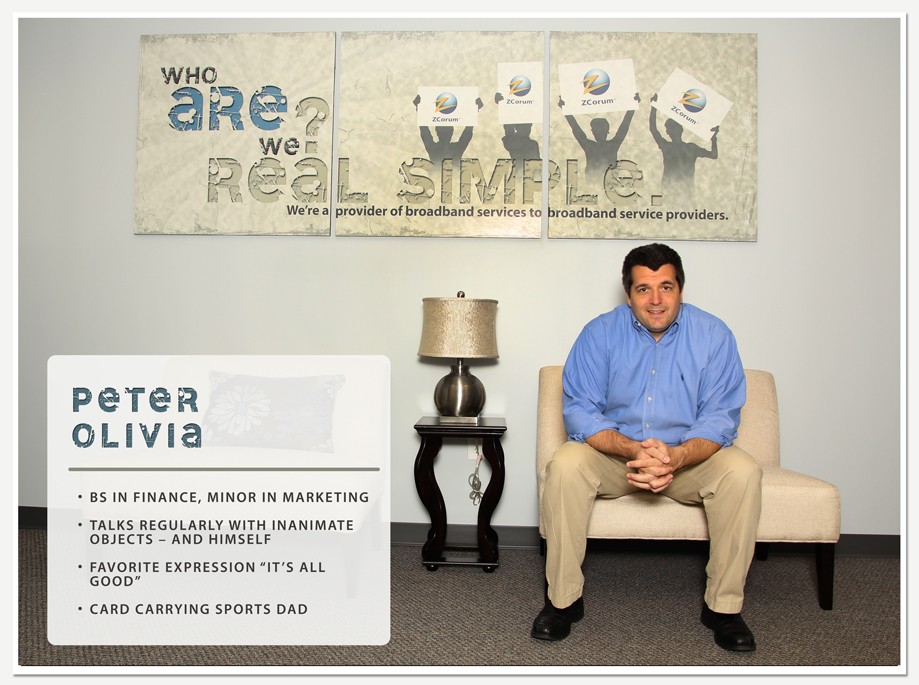 Have a problem? Pete can fix it. Seriously. His technical experience reads like a systems engineer’s wish list. A veritable who’s who (or is that what’s what?) of technology hardware and software and with more acronyms than a government phone book.

With over twenty years of experience leading IT organizations, a breadth of technical know-how and a need to make a difference, Pete is the Go-To guy for everyone in the company with a problem to solve. You’ve heard of the tenacity of a bulldog? Pete has it in spades. His persistence and determination when faced with a challenge carries him through to the solution. Challenge Accepted…Problem Solved…he never stops looking for ways to add value to ZCorum.

Pete began academically at Florida State University and claims to be a Seminole through and through but went on to earn two full Bachelor degrees (at the same time!) in marketing and finance from the University of Florida. After graduation Pete up and moved to Atlanta and he’s been here ever since. He cut his IT teeth at Sapient Corporation and went on from there to weave his problem solving magic at some of Atlanta’s leading technology companies.

Today, Pete is happily ensconced at ZCorum as its Vice President of Systems Engineering. In this role, he is responsible for ensuring his team achieves the company’s goals while developing learners & leaders within his team at ZCorum. Pete is always inspired by a single-minded focus: to make a positive, meaningful change in the world by helping those around him. With all the technological success under his belt, he still considers his investment in his teams to be his greatest career achievement.

During half time, (and when he’s not doing all-nighters at ZCorum), Pete spends time with his wife and children and his church family. When we can catch him he stars in product and trade show videos for ZCorum. And don’t let the frown fool you…he has a heart as big as the Super Bowl.

If you’d like to contact Pete about speaking at an event, participating in an an article, or something else he might be able to help with, fill out the form below.
Page load link
Go to Top