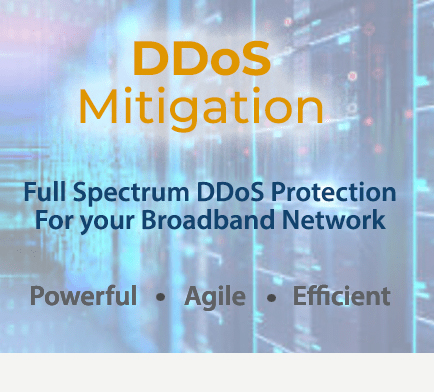 What is a DDoS attack?

A distributed denial-of-service (DDoS) attack occurs when multiple systems attack a single target overwhelm the bandwidth or other resources of the targeted system, overloading it and causing it to go down or to experience severely degraded service. Basically, DDoS attacks are network traffic jams that block access to targeted websites. The attacker sends enormous amounts of network traffic to an online service in hopes of overwhelming the servers to the point where users can no longer access it.

Why do I need a solution if I’ve never been attacked?

In fact, an attempt has probably has already happened you just didn’t know it. While these attacks may have failed in the past, without an effective solution in place, there is nothing to keep hackers from trying again – and succeeding. Every day these attacks are increasing in power and variety. Sooner or later they’ll hit you.

My firewall has anti-DDoS capability; won’t it protect me against all DDoS attacks?

Even firewalls that claim to have DDoS defense built-in typically have only one method of blocking attacks: the usage of indiscriminate thresholds.  When the threshold limit is reached, every application and every user using that port gets blocked, causing an outage. Attackers know this is an effective way to block the good users along with the attackers. Because network and application availability is affected, the end goal of denial of service is achieved.

I have a DDoS protection service from a Cloud Provider. Why do I need additional hardware on-premises?

The breadth of DDoS attacks range from the very high volumetric attacks that fill your Internet pipes to the most common attack seen today: the low & slow application-layer DDoS attack that shuts down services and critical applications. Cloud-based solutions only combat a small sample of DDoS attack vectors. IPS devices, firewalls and other security products solve security problems that are different from dedicated DDoS detection and mitigation products.

DDOS mitigation systems are placed within a data center to help prevent both volumetric and application-layer attacks like the low & slow application-layer attack. Significant amounts of Deep Packet Inspection (DPI) are required and Cloud-based and other DDoS services do not provide this feature. An on premise solution sees both client and server side traffic, providing the ability to detect malicious behavior combining full DDoS protection and DPI at the perimeter of the network.

Is my subscribers’ personal information at risk in a DDOS attack?

A DDoS attack does not compromise client data; the intent is to disrupt internet service.

Cyber-attacks that are perpetrated by criminals, terrorists and/or cyber activists have reached a level of complexity that firewall technology cannot protect against.  Firewalls are not designed to handle large volumetric attacks and do not have complete L3-L7 DDoS defense functionality. The firewall dictates what services may be used, but not how they are used. Attackers know this and calculate the misuse of the allowed services, breaking through the firewall and/or its performance and downstream applications.

What if I have a firewall installed at my perimeter instead?

Cybercriminals are shifting tactics to bypass the traditional corporate perimeter defenses, which typically include anti-virus, firewalls, and intrusion prevention systems. Our DDoS solution dynamically and continuously identifies the difference between legitimate customer usage and malicious activity. Through the elimination of attack traffic the system allows legitimate customer traffic to pass through normally. It is placed in front of the existing firewalls to defeat attacks that degrade or disable the current IT infrastructure and other security solutions, before these attacks penetrate the corporate network.

Like or follow us for free industry resources and for the newest updates on DDoS Solutions and services.
Page load link
Go to Top