The Hold Up with the Internet of Things

YOU ARE HERE::Home/Blog/The Hold Up with the Internet of Things
Previous Next

The Hold Up with the Internet of Things 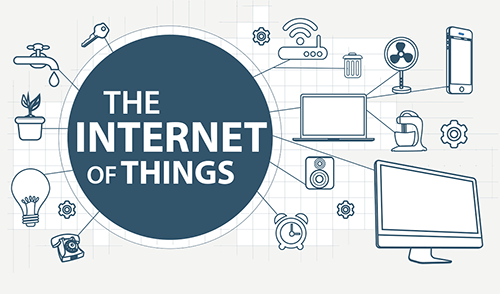 The term Internet of Things was first coined by Kevin Ashton in 1999, but actually, the Internet of Things goes back a lot further than merely 15 years. In fact, already in 1926, we saw the first predictions of an Internet of Things. Back then, Nikola Tesla told Colliers Magazine the following in an interview: “When wireless is perfectly applied, the whole earth will be converted into a huge brain and the instruments through which we shall be able to do this will be amazingly simple compared with our present telephone. A man will be able to carry one in his vest pocket.” Not too far off the mark for 1926! 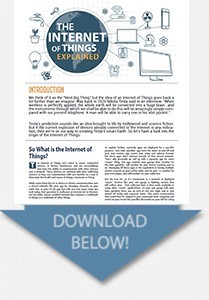 Last week, we learned that the real IoT is a network of connected devices that talk to each other and to many other devices and programs. But there seems to be a hold up in the whole system. You can buy a lot of those devices right now, but they don’t talk to a lot of other devices and you’ll need a ton of apps to run them all.

The problem is that devices are made by all sorts of different manufacturers and each manufacturer is using their own set of protocols and their own app for the devices they make. That’s why you end up with a different app for your lawn sprinkler, another one for your thermostat and yet another one for your home security. You’re spending more time managing your apps than you save by having the devices in the first place.

What’s needed is a way to collect all the data from all your different devices no matter the manufacturer and have that data talking to the devices and issuing instructions for running your lights, appliances, sprinklers, security, etc. Call it a central “gateway” that collects and manages all the incoming data from your devices.

So let’s build a gateway, right? Not so fast, with 26 billion devices coming down the road, a central gateway couldn’t manage ten, fifteen, twenty or fifty different devices with fifty different sets of protocols. You’d have to have multiple gateway boxes with all the different protocols on your coffee table. We’re back to the multiple controller problem.

What’s the solution? The simple answer is standards. A standard technology or set of protocols for these devices needs to be developed that would allow the predicted billions of devices to be IoT functional. What’s that mean? Let’s look at an example.

If you’ve ever traveled abroad, you have to buy at least five different types of electrical adapters and transformers yet somehow you can still end up in a hotel where your cell phone charger will not plug into the outlet. Why do we need all these adapters and transformers while traveling? Because individual regions independently chose to develop their own technology and no standard was set early on.

Now, just as in the days of electrical outlet creation, getting all the manufacturers to agree to build their devices with one standard is not the no-brainer it seems it should be. Every manufacturer wants to build devices based on their own protocols and without standards set, we end up with a multitude of devices that all send their data differently and that makes it impossible for a single gateway to manage.

So let’s agree on standards! That’s the not-so-simple part. If you haven’t downloaded the eBook yet, check it out to see who’s involved and why in the IoT standards war.

Simply complete the form below to view the eBook online now.